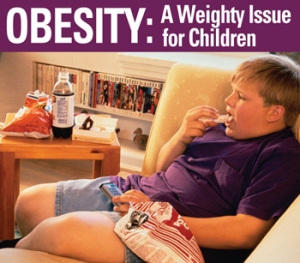 As we’ve previously reported, childhood obesity is on the increase. Cases have more than doubled in children and tripled in adolescents in the past 30 years. The percentage of children and adolescents aged 6–18 years in the United States who are obese is now estimated to be >18%.

Childhood obesity can cause a number of health complications including diabetes, hypertension, high cholesterol, asthma  and emotional problems.  This is deeply troubling in and of itself, but now there’s a new cause for concern.

A new study has found that obese children and teenage girls may be more at risk for developing the chronic, debilitating central nervous system disorder – multiple sclerosis (MS).

Kaiser Permanente researchers studied 75 children aged 2 to 18 with pediatric MS, and compared them to more than 900,000 kids without the disease. Fifty percent of the kids with MS were overweight or obese, compared to 36% of the children who didn’t have the disease.

Mary Rensel, MD, who treats pediatric MS patients at Cleveland Clinic offers an explanation for the increased risk. “Fat increases the inflammation in the body. Multiple sclerosis is an auto-immune condition where the immune system is set too high. If there’s too much inflammation, it can increase the risk of having a disorder associated with inflammation – like MS.” 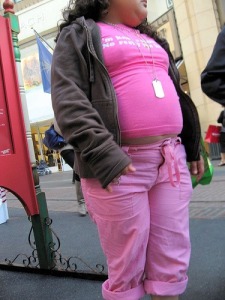 Lead author, Annette Langer-Gould, MD, PhD, with the Kaiser Permanente Southern California Department of Research & Evaluation in Pasadena  “Even though pediatric MS remains rare, our study suggests that parents or caregivers of obese teenagers should pay attention to symptoms such as tingling and numbness or limb weakness, and bring them to a doctor’s attention,”

The researchers also stress that parents of overweight or obese children should play an active role in controlling their kids’ weight by getting them into the habits of eating healthy and getting enough exercise.

Dr. Rensel agrees, saying, “The good news is now we know. We can educate parents and patients of the importance of maintaining a healthy weight to decrease the chance of having consequences of being overweight.”