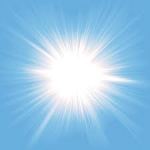 It’s already 15 months overdue and it will be another year still before the information is public, but last week  the government  set out  the final rule for the Physician Payment Sunshine Act (Sunshine Act) in a 287 page document!

The Sunshine Act (passed in 2010 as part of the Affordable Care Act) requires manufacturers of drugs, devices, biologicals, and medical supplies to report all payments and other transfers of value to physicians and teaching hospitals. The rule was supposed to be published in October 2011, but has suffered continuous delays amongst intense lobbying both by groups keen to get the data in the public hands, such as the AARP, and those most affected by it, such as the American Medical Association (AMA).

The final rule announced February 1st, officially puts the Industry on notice. They have until March 2014 to get their payments reporting act together. The U.S. Centers for Medicare and Medicaid Services (CMS), will then input the data, including payment information from August through December of this year, into a publicly available database which, they say, will be online by September 2014.

And its not only payments to doctors of medicine that have to be reported. Under the definitions of the Act, “physicians” include doctors of osteopathy, dentists, podiatrists, optometrists and chiropractors.

The rule also requires reporting on both the form and nature of payment or transfer of value made by a manufacturer to a physician.

Forms of payment included under the final rule :

While, nature of payments include:

Advocates of the Sunshine Act have long argued that the public needs to know when doctors are getting paid and by who. “You should know when your doctor has a financial relationship with the companies that manufacture or supply the medicines or medical devices you may need,” said Peter Budetti, M.D. CMS deputy administrator for Program Integrity. “Disclosure of these relationships allows patients to have more informed discussions with their doctors.”

This increased transparency is also intended to help reduce the potential for conflicts of interest that physicians or teaching hospitals could face as a result of their relationships with manufacturers.

Relationships between doctors and drugmakers have been brought up in a number of cases when FDA advisory panels have ruled for or against drugs in which doctors had some interest. For example, last year an advisory panel voted 15-11 to support the approval of Bayer‘s Yaz birth control pills, but allegations later surfaced that four committee members had ties to the manufacturer.

Once the bill is introduced, doctors will get 45 days after information is submitted to vet it for accuracy.

The American Medical Association (AMA) is not happy.  The doctors’ group wants physicians to have more than 45 days to challenge information in the government’s database and add commentary to explain the payments. It also wants some corporate contributions to physicians excluded from disclosure, including sponsorships for educational activities and “indirect” payments, such as unsolicited contributions a company might make to a nonprofit group affiliated with doctors or to physicians’ employers or practices.

AMA president Jeremy Lazarus wants to ensure “the registries will provide a meaningful and accurate picture of physician-industry interactions. It is critical that the final rule provide physicians with a clear way to correct any inaccurate information and not place any substantial administrative burden on physician practices.”

And the AMA is not alone. Unsurprisingly, the Pharmaceutical Research and Manufacturers of America (PhRMA), the primary lobbying group for drugmakers, said that while it supports more disclosure, the new regulations should take into account the importance of context in the publication of physician payment information.

“Ethical interactions between biopharmaceutical companies and health-care professionals are essential to maintaining patient trust,” said Matthew Bennett, a spokesman for PhRMA. The principle behind the so-called sunshine provision “is complementary to this belief and it has great potential for helping patients understand the ways in which such collaboration benefits their health and medical innovation,”

What’s your take on this new rule? Is the government helping to let the sun shine in or is this a dark, dark day for doctors and pharma?  Let us know your thoughts.

A recent report issued by the Association of American Medical Colleges (AAMC) urges teaching hospitals to establish policies to manage financial relationships between physicians and the pharmaceutical industry so that they do not influence patient care.

The report entitled, In the Interest of Patients: Recommendations for Physician Financial Relationships and Clinical Decision Making is the work of a task force convened by the AAMC in 2009.  It provides guidance on how academic medical centers can identify, evaluate and disclose conflicts of interest in clinical care. In its favor, the report points out that partnerships between academic medical centers and industry are essential to innovation and create powerful collaborations that benefit all patients. However, it warns that the presence of individual or institutional financial interests in these relationships may create perceived or real conflicts of interests in patient care.

“Because patients and the health of the public are top priorities for the nation’s medical schools and teaching hospitals, we must uphold the highest standards of professionalism, while maintaining principled relationships with industry to improve patient care,” said AAMC Chief Health Care Officer Joanne M. Conroy, M.D.

Although many academic medical centers already have conflict of interest (COI) policies that govern research and corporate relationships, only a small number of these institutions have adopted policies that define and address conflicts of interest in clinical care.

To help academic medical centers develop guidelines, the report suggests that institutions first evaluate their own compensation systems to determine whether they influence physician behavior and conflict with the best interest of patients.

As a follow up to the report, the AAMC is developing clinical scenarios that can be used by its members to help define their approach to addressing conflicts of interest in patient care.

SRxA’s Word on Health welcomes these guidelines and is pleased to see that we are now talking about “managing relationships” with the pharmaceutical industry rather than banning them altogether.  Placing the onus on physicians rather than putting punitive prohibitions on pharma is probably a win-win for both sides.