If doctors knew the exact price of expensive medical tests would they order fewer of them?

The answer has just been published in the Journal of the American College of Radiology, and it’s a resounding: No!.  According to the investigators, revealing the costs of MRIs and other imaging tests up front had no impact on the number of tests doctors ordered for their hospitalized patients.

“Cost alone does not seem to be the determining factor in deciding to go ahead with an expensive radiographic test,” says the study’s senior author, Daniel J. Brotman, M.D., director of the hospitalist program at The Johns Hopkins Hospital. “There is definitely an over-ordering of tests in this country, and we can make better decisions about whether our patients truly need each test we order for them. But when it comes to big-ticket tests like MRI, it appears the doctors have already decided they need to know the information, regardless of the cost of the test.” 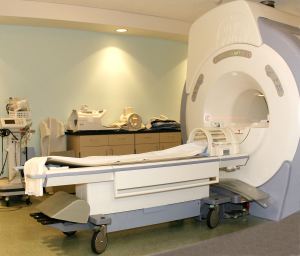 Some earlier studies have suggested that much of the expense of laboratory tests, medical imaging and prescription drugs is unknown or hidden from providers and patients at the time of ordering, leaving financial considerations largely out of the health care decision-making process and likely driving up costs. Other studies have shown that doctors ordered fewer laboratory tests in some cases when they were given the price up front.

But, imaging tests appear to be “a different animal.”

Although there are certain inherent disincentives, aside from cost, to ordering some major tests, such as the potential danger of radiation used, physicians also need to learn how to explain to patients why they may not need them.

For the six months of the study, Brotman and his colleagues identified the 10 imaging tests most frequently ordered for patients at The Johns Hopkins Hospital. Five of these were randomly assigned to the active cost display group and 5 to the control group. During a 6-month baseline period from November 10, 2008, to May 9, 2009, no costs were displayed. During a seasonally matched period from November 2009, to May  2010, costs were displayed only for tests in the active group. At the conclusion of the study, the radiology information system was queried to determine the number of orders executed for all tests during both periods.

And, when they compared the ordering rates to the rates from a six-month period a year earlier, when no costs were displayed at all, they found no significant difference in ordering patterns.

Is this a good or a bad thing?

Certainly there are many instances when expensive tests are justified. When a key diagnosis is needed there are limited options for comparison shopping.  For example, when a patient appears to have had a sub-acute stroke, an MRI is needed regardless of cost.

That is not to say there aren’t times when physicians need to look more closely at whether too many imaging tests are being ordered. Do ventilated intensive care unit patients really need a daily chest X-ray to look for potential lung problems?  Especially when there is good medical evidence that outcomes aren’t compromised if X-rays are ordered only when the patient’s condition appears to be worsening.

“For too long, there has not been enough attention paid to the bottom line in health care,” Brotman says. This isn’t about rationing care to hold down costs, he says, but about choosing tests a little more wisely.

Even though price transparency didn’t influence the way physicians ordered imaging tests in this study, financial considerations may play a role in other circumstances if tied to clinical evidence.

If you show a provider that he or she is ordering four times as many CT scans as a colleague whose patients have similar outcomes, it could change the decision-making calculus for the better.

“Cost transparency must be part of the solution to solving fiscal challenges in medicine,” Brotman says. “Providers have no idea how much they’re spending. Patients don’t know either. Having everyone understand more of the economics of health care is a great place to start cutting costs in medicine.”

Seems logical to us.

A few years ago the Centers for Disease Control and Prevention (CDC) estimated that about 1.7 million patients get a hospital acquired infection each year. Of these, 99,000 die. More recently they estimated that infections develop in about 1 to 3 out of every 100 patients who have surgery.

Separately, a new study just presented at the annual meeting of the Association for Professionals in Infection Control and Epidemiology (APIC) found that preventing further complications in patients who develop infections after hip or knee replacement surgery could save the U.S. health-care system as much as $65 million a year.

Hardly surprising then, that the pressure is mounting to reduce hospital-acquired infections. Some of this is being driven by Medicare who has started reducing  payments for hospital readmissions.

Infection-prevention specialists are now focusing on new practices and products to minimize patient exposure from the environment as well as from medical procedures and surgical instruments.

For example, Baycrest Geriatric Healthcare System in Ontario, were able to reduce the rate of transmission for the staph infection MRSA by 82% over a 33-month period by bathing patients daily with germ-killing cloths.   The cloths are presoaked with a powerful antimicrobial agent – chlorhexidine gluconate, which reduces organisms on a patient’s skin and leaves a residue that lasts up to six hours.  Baycrest, also screens all patients on admission to determine if they are colonized with MRSA on the skin, indicating the organism is present on the body but not yet causing an infection.

Many other innovative  infection-prevention ideas were suggested at the APIC “film festival”, which featured short videos including music, drama, dance, humor and animation to promote adherence to best practices.

SRxA’s Word on Health particularly liked the winning video “Scrub-A-Dub Dub”, which features Jerry Herman a former patient from the All Children’s Hospital in St. Petersburg, FL, along with his twin brother, Josie.

Can a hip-hop song improve health?  We think maybe it can.

Most Americans are born in hospitals. Hospitals also provide care during many other intimate and extraordinary circumstances in our lives – serious injuries, severe sickness and mental breakdown. Hospitals are also, by and large where we go to die.

As such, hospitals serve as a cornerstone of our communities and our very existence.

According to the American Hospital Association, there are 5,754 registered hospitals in the U.S. In 2011, almost 37 million people were admitted to a hospital in the U.S. – that’s more than 1:10 people.

Yet despite all this history, hospitals are in the midst of massive and disruptive change.

Even knowing this, SRxA’s Word on Health was shocked to read an article suggesting that by 2020 one in three hospitals will close or reorganize into an entirely different type of health care service provider.

Writing on KevinMD.com, a leading physician voice blog, authors David Houle and Jonathan Fleece suggest that that there are four significant forces and factors are driving this inevitable and historical shift.

First, America must bring down its crippling health care costs. The average American worker costs their employer $12,000 annually for health care benefits and this figure is increasing more than 10 percent every year. U.S. businesses cannot compete in a globally competitive market place at this level of spending. Federal and state budgets are getting crushed by the costs of health care entitlement programs, such as Medicare and Medicaid. Given this cost problem, hospitals are vulnerable as they are generally regarded as the most expensive part of the delivery system for health care in America.

Second, statistically speaking hospitals are just about the most dangerous places to be in the United States. Three times as many people die every year due to medical errors in hospitals as die on our highways — 100,000 deaths compared to 34,000.

The Journal of the American Medical Association reports that nearly 100,000 people die annually in hospitals from medical errors. Of this group, 80,000 die from hospital acquired infections, many of which can be prevented. Given the above number of admissions that means that 1 out of every 370 people admitted to a hospital dies due to medical errors.

In other words, hospitals are very dangerous places.  It would take about 200 747 airplanes to crash annually to equal 100,000 preventable deaths. Imagine the American outcry if one 747 crashed every day for 200 consecutive days in the U.S. The airlines would stand before the nation and the world in disgrace.

Currently in our non-transparent health care delivery system, Americans have no way of knowing which hospitals are the most dangerous. We simply take uninformed chances with our lives at stake.

Third, hospital customer care is abysmal. Recent studies reveal that the average wait time in American hospital emergency rooms is approximately 4 hours. Name one other business where Americans would tolerate this low level of value and service.

Fourth, health care reform will make connectivity, electronic medical records, and transparency commonplace in health care. This means that in several years, and certainly before 2020, any American considering a hospital stay will simply go on-line to compare hospitals relative to infection rates, degrees of surgical success, and many other metrics. Isn’t this what we do in America, comparison shop? Our health is our greatest and most important asset. Would we not want to compare performance relative to any health and medical care the way we compare roofers or carpet installers? Inevitably when we are able to do this, hospitals will be driven by quality, service, and cost — all of which will be necessary to compete.

So hospitals are about to enter the open competitive marketplace. And as we know there will be winners and losers.  According to Houle and Fleece a third of today’s hospitals will fall into the latter category.

Will your hospital be among them?  Let us know what you think.