Millions of Americans will come together today in a national day of service, dialogue and observance to honor the memory of Dr. Martin Luther King Jr.

Dr. King had a dream that one day all people would be guaranteed the inalienable rights of life, liberty and the pursuit of happiness as called for in the Declaration of Independence. Dr. King called for social justice and opportunity. He asked that we bridge differences and come together in unity.  With the election over and in the aftermath of a year of significant weather events and senseless tragedies, today provides a unique opportunity to unite Americans in volunteer service. Let’s  do what we, as Americans, do best – lend a hand, help our neighbors and build better communities. 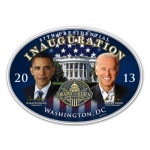 Millions more, in America and beyond will watch as America swears in its 57th President.  But before the pomp and ceremony begins, the Obama family’s will kick off with the President asking Americans across the country to organize and participate in service projects in their communities to honor our shared values and celebrate the legacy of Dr. King. The Obama’s are driven by the basic values that make our country great and will remind us that hard work pays off and responsibility is rewarded, and when everyone—from Main Street to Wall Street—does their fair share and plays by the same rules.

But while the Obama’s celebrate, a certain past president may want to forget all about Jan 21. For it was that day, in 1998  that news of the Lewinsky/Clinton affair was  published. Although President Clinton vigorously denied all allegations at the time, the history books will go on to tell a different story.

Four years earlier, history, of sorts, was also made when Lorena Bobbitt was found temporarily insane of chopping off her spouse, John Wayne Bobbitt‘s penis and tossing it into a field.  Incidentally, that particular field is less than one mile from my house and the surgeon who subsequently performed the reattachment is someone run into on a regular basis. Aside from that, the case gained worldwide notoriety for its shock value. But it also brought public attention to the subject of marital rape, domestic violence and the realization that men as well as women can be the victims of such violence.

And finally, on this day in 2010, SRxA’s Word on Health was founded. In three short years our readership has grown from 7 views per day to close to 1,000; for which we thank you immensely.

Whatever, you are doing today, we wish you a happy and healthy one.