The U.S. Centers for Disease Control and Prevention has just published a first-of-its-kind assessment of the threat the country faces from antibiotic-resistant organisms.

And the news is not good.  In fact it’s downright scary. The agency’s overall conservative assessment of the problem includes frightening statistics such as:

Out of that matrix, their top three “urgent” threats they identified were: 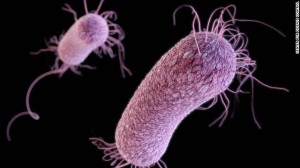 For each organism, the report explains why it is a public health threat, where the trends are headed, what actions the CDC is taking, and what it is important for health care institutions, patients and their families, and states and local authorities to do to help.

Commenting on the report, Ed Septimus MD, professor of internal medicine at Texas A&M Health Sciences Center in Houston says “It’s up to us to make the recommendations in this report happen. If we do nothing but say, ‘Here’s the problem,’ then the problem will continue to grow.”

A few years ago the Centers for Disease Control and Prevention (CDC) estimated that about 1.7 million patients get a hospital acquired infection each year. Of these, 99,000 die. More recently they estimated that infections develop in about 1 to 3 out of every 100 patients who have surgery.

Separately, a new study just presented at the annual meeting of the Association for Professionals in Infection Control and Epidemiology (APIC) found that preventing further complications in patients who develop infections after hip or knee replacement surgery could save the U.S. health-care system as much as $65 million a year.

Hardly surprising then, that the pressure is mounting to reduce hospital-acquired infections. Some of this is being driven by Medicare who has started reducing  payments for hospital readmissions.

Infection-prevention specialists are now focusing on new practices and products to minimize patient exposure from the environment as well as from medical procedures and surgical instruments.

For example, Baycrest Geriatric Healthcare System in Ontario, were able to reduce the rate of transmission for the staph infection MRSA by 82% over a 33-month period by bathing patients daily with germ-killing cloths.   The cloths are presoaked with a powerful antimicrobial agent – chlorhexidine gluconate, which reduces organisms on a patient’s skin and leaves a residue that lasts up to six hours.  Baycrest, also screens all patients on admission to determine if they are colonized with MRSA on the skin, indicating the organism is present on the body but not yet causing an infection.

Many other innovative  infection-prevention ideas were suggested at the APIC “film festival”, which featured short videos including music, drama, dance, humor and animation to promote adherence to best practices.

SRxA’s Word on Health particularly liked the winning video “Scrub-A-Dub Dub”, which features Jerry Herman a former patient from the All Children’s Hospital in St. Petersburg, FL, along with his twin brother, Josie.

Can a hip-hop song improve health?  We think maybe it can.