Many people with asthma avoid exercise because they’re afraid it could trigger symptoms such as shortness of breath, wheezing or a full-blown asthma attack.

However, a new report from The Cochrane Library turns these fears on their head. The authors conclude that not only is it safe for people with asthma to exercise, but it could also reduce their risk of asthma symptoms or attacks!

Study author, Kristin Carson, from The Queen Elizabeth Hospital, Clinical Practice Unit, Adelaide, Australia explains that over time patients with asthma who avoid exercise can become out of shape, losing muscle mass and cardiovascular fitness. That makes any future attempts at physical activity significantly harder, increasing the chances that patients will become fatigued and breathless and further discouraging physical activity. “This results in a spiraling cycle,” she says, in which patients are even more likely to avoid exercise.

To determine whether exercise was a danger to asthmatics, Carson and her colleagues reviewed previous studies that looked at the effects of physical training on people with asthma comparing patients who received no or minimal physical activity to those who exercised for at least 20 minutes, twice a week, over the course of four weeks.

The researchers found that the patients who had exercised, using physical training such as running outdoors or on a treadmill, cycling, swimming or circuit training were no more likely to have a serious asthma-related problem than those who weren’t exercising or who did light exercising such as yoga.

The patients who exercised also improved their cardiovascular fitness, which in turn can reduce asthma symptoms over time. There was also some evidence to suggest that exercise improved patients’ quality of life.

Even though this research suggests that exercise is safe for asthmatics, we suspect that many people will still think they can use their asthma as a reason to avoid physical activity. 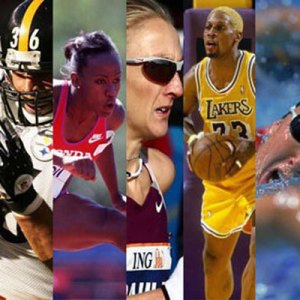 Well now there is no excuse, and just in case you’re in any doubt consider the following list of people who never let asthma stop them:

Do you have any asthma and exercise stories to share?