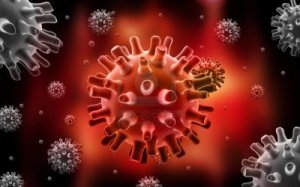 On Wednesday SRxA’s Word on Health reported on a link between memory loss and cognitive decline and the herpes virus.  Today, we bring a glimmer of hope to the 65% – 90% of people worldwide affected with either type 1 or Type 2 herpes simplex virus.

HSV-2 is a lifelong and incurable infection that can cause recurrent and painful genital sores and can make those infected with the virus two-to-three times more likely to acquire HIV.

Now, according to a study just published in the Journal of the Federation of American Societies for Experimental Biology (FASEB), researchers from Albert Einstein College of Medicine of Yeshiva University have discovered a novel strategy for preventing, treating or suppressing herpes virus infections. 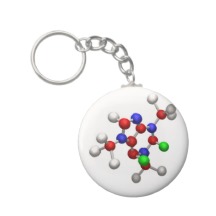 “We’ve essentially identified the molecular “key” that herpes viruses use to penetrate cell membranes and infect cells of the human body,” said Betsy Herold, MD of The Children’s Hospital at Montefiore.

Dr. Herold and her colleagues had previously shown that infection by the herpes viruses depends on calcium released within the cells. In this study, they found that calcium release occurs because the viruses activate a critical cell-signaling molecule called Akt [also known as Protein Kinase B (PKB) ] at the cell membrane.

As part of their investigation of Akt’s role in herpes infections, the researchers took laboratory cultures of human cell and mixed them for 15 minutes with four different drugs known to inhibit Akt. The cells were then exposed for one hour to herpes simplex virus 2.

The drugs tested were:

All four of the drugs signiﬁcantly inhibited HSV infection in each of the cell types.  Miltefosine was the most potent and reduced viral plaques by 90% in all cell types.

By contrast, cells not pre-treated with the Akt inhibitors were readily infected on exposure to the virus.

“For people infected with herpes, the drug acyclovir helps prevent herpes outbreaks from recurring and lowers the risk of transmitting the infection to others,” said Dr. Herold. “But some people have herpes infections that don’t respond to acyclovir, and unfortunately there is no effective vaccine. So new approaches for suppressing and treating herpes infections are badly needed, and our findings indicate that inhibiting Akt should be a useful therapeutic strategy to pursue.”